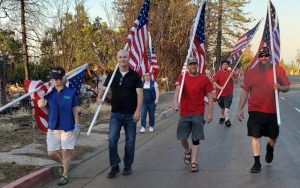 Members of the Rotary Club of Paradise assisted in the placement of American Flags on Skyway on July 4th. This was the first Parade of Flags after the Camp Fire.